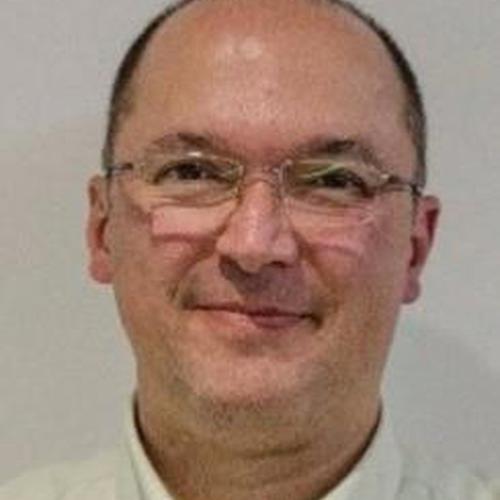 Sanches, who holds a degree in geography, began as a metalworker in 1981 working as a mechanic at a machine-building firm in São Paulo, Brazil. In 1985, he joined Rolls-Royce Brazil in São Bernardo do Campo, later moving to Mercedes-Benz in 1988, where he was elected to the health and safety committee for the 1989-90 term. He was also elected to the Mercedes’ Works Council in 1992 and acted as a member of the Council’s coordination committee from 1997 to 2007, while also being elected for the union’s shop committee.

Sanches was the Brazilian representative at the (then) DaimlerChrysler World Works Council between 2000 and 2007, representing workers from the plants of Sao Bernardo, Campinas and Juiz de Fora. He was also a member of the executive council of the ABC Metalworkers’ Union (affiliated to CNM/CUT) between 2002 and 2005.

From 2010, Sanches was Communications Director for ABC Metalworkers’ Union and President of the Labour, Culture and Communication Foundation that operates two broadcast televisions (Rede, TVT) and two radio stations (Radio Brasil, Atual) in the metropolitan region of São Paulo.

Sanches is the father of two sons and speaks Portuguese, Spanish, English and German fluently