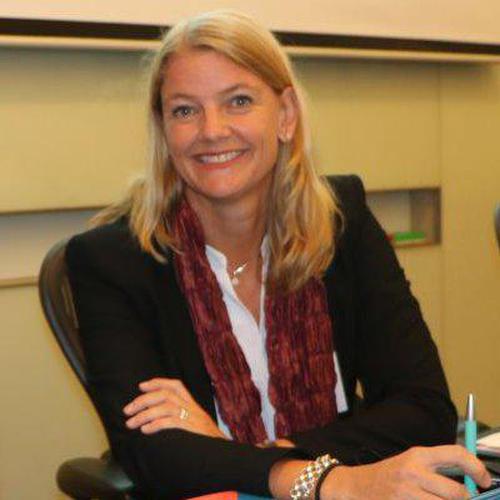 Ms. Anna Engblom is the Chief Technical Advisor of the ILO TRIANGLE in ASEAN programme, based in Bangkok, Thailand. Anna has around 20 years of international experience mostly with the ILO in South East Asia, South Asia, and East Africa, working on issues of labour migration, human trafficking, child labour, and livelihoods.

Ms. Anna Engblom is a development professional with 20 years of professional experience. Working with the ILO years in various capacities in Southeast Asia, South Asia and Africa has given her ample technical and managerial skills in the areas of labour migration, human trafficking, forced labour, child labour, gender, skills training as well as other technical areas.

Since 2016, Anna is the Chief Technical Adviser of the ILO TRIANLGE in ASEAN programme, working on labour migration governance in the ASEAN region. Anna is working with the ILO Regional Office for Asia and the Pacific in Bangkok, Thailand.

Before that, she was based in Kathmandu, Nepal (2013-2016) as the Chief Technical Adviser of the ILO “Promoting the Effective Governance of Labour Migration from South Asia through Actions on Labour Market Information, Protection during Recruitment and Employment, Skills, and Development Impact” project. The project aimed to enhance the governance of labour migration from India, Nepal and Pakistan to the Middle East.

Based in Bangkok, Thailand during 2004-2010, Anna was the Senior Programme Officer for the ILO “Mekong Sub-Regional Project to Combat Trafficking in Children and Women“ (2004-2008). The project was funded by DFID and aims at contributing to the eradication of labour exploitation of children and women in China (Yunnan Province), Cambodia, Lao PDR, Thailand and Viet Nam. During 2009-10, she was the Chief Technical Adviser of the “Support for national action to combat child labour and its worst forms in Thailand“, a project funded by the USDOL.

A move to Uganda (2010-2013) offered her the opportunity to work independently as a consultant taking on a wide range of assignments primarily in the area of child labour, trafficking, education and training with a focus on Africa.